Please note that this is a brief history, and I will be going into detail about certain events at other times! So many bi folk I know struggle with internalised biphobia, and one bit of advice I always give is to learn your history! We often feel like bisexuality isn’t a real or valid sexuality because that’s what we’ve been told time and time again.

But we’ve always been here. We have history too.

Getting to know the history of bisexuality will make you feel more connected to your community and, in my experience, helps with ridding yourself of any internalised biphobia and accepting who you are! Enjoy babies.

Why is bi history month necessary?

The word bisexual was coined in 1892 by Charles Gilbert Chaddock. Before that, all wlw (women who love women) were categorised as lesbians. Because of this, bisexual women and lesbians share a lot of their history and, unfortunately, bisexuals are often forgotten about. In a lot of ancient history, same sex relationships between men are typically more recorded than same sex relationships between women. So if women aren’t mentioned sometimes, this is because it hasn’t been documented in literature and historical texts. I’m not just avoiding ’em. Promise.

Ancient Greece & Ancient Rome: The Greeks and Romans, unlike us, didn’t build identities on gender or categories such as heterosexual, homosexual or bisexual. Instead, identities, social standing and power were based on the position you were in during sex; penetrating or penetrated. This was similar to top/bottom or dominant/submissive. For example, if a free man was to have sex with another man and took the role of the ‘submissive’, this may be frowned upon. Not because he is participating in gay sex but because he would be in the passive position, therefore the one with less power. This is atypical for a free man. Both societies were incredibly patriarchal so what was important was who did the penetrating and their age.

Did you know? Alexander the Great and Roman Emperor Hadrian both openly had wives and male lovers. The famous Zeus was also known to have a male lover, as well as lots of female lovers.

China & Japan: As someone who has lived in China, I can tell you that right now, China are not totally okay with people being gay. But it’s not always been that way… this is becoming a pattern isn’t it?

Chinese folk were tolerant of same sex relationships, assuming it didn’t get in the way of eventually marrying a woman and starting a family! So I guess you could say: gay sex = okay. Gay life= not so okay. However, there is evidence that Chinese emperors participated in same sex relationships outside of their marriages. Bit sneaky that. The Han records show that nearly every emperor that ruled during the Han Dynasty has same sex relationships. Very similar to the Greeks and Romans that followed!

1800s: England enforced an anti-sodomy law which made all acts of sodomy ILLEGAL. This was known as ‘The Buggery Act’. This law wasn’t changed in the UK until 1967! Just to put that into perspective for you: by the time that law was removed, The Beatles had already released EIGHT albums. David Bowie released his first album in the same year. In 1892, the word ‘bisexuality’ was coined by the American neurologist Charles Gilbert Chaddock (love u bro). He was translating Kraft-Ebing’s ‘Psychopathia Sexualis’, one of the first books about sexual pathology.

1900s: In 1973, homosexuality was declassified as a mental disorder. This included bisexuality. Before this, it was seen as a mental illness and was treated with electric shock therapy, castration, hypnosis, medication, and plenty more horrific methods. This was a HUGE step for the Gay Rights Movement. Sigmund Freud, an Austrian neurologist and the founder of psychoanalysis, stated that bisexuality is a normal part of development and that everyone goes through it. He saw bisexuality as an androgynous combination of sexuality and gender. Freud believed that bisexuality was the base/ immature level of sexuality, which people would mature out of to become heterosexuals or homosexuals.

Dr Alfred Kinsey was an American biologist, professor of entomology and zoology, and sexologist. Kinsey developed the Kinsey Scale, a system of measurement which suggested that the majority of people were not exclusively heterosexually-behaving, or exclusively homosexually- behaving, but rather somewhere in the middle of the spectrum. Kinsey presented bisexuality more as a system of behaviour, not necessarily linked to individual or social identities, but linked to acting on libido, circumstance, and attraction at particular points in time.

Some people still agree with this scale, however, some say that is is too static and the spectrum is far more diverse than this. That being said, his research showed that bisexuality was much more prevalent that anyone at the time thought.

The Stonewall Riots: This is history for our ENTIRE community, but I couldn’t not give it a mention. In 1970, thanks to a bisexual activist by the name of Brenda Howard, the first ever pride march was held to commemorate the Stonewall Riots. Brenda is known as the ‘Mother of Pride’ for her work in coordinating the march. Brenda, hun: we fucking love you.

1990: ‘The Bisexual Manifesto’ was published in ‘Anything That Moves’, the Bay Area Bisexual Network magazine. This manifesto still reads like it was written two hours ago. My fave part: “bisexuality is a whole, fluid identity. Do not assume that bisexuality is binary or duogamous in nature: that we have ‘two’ sides or that we must be involved simultaneously with both genders to be fulfilled human beings. In fact, don’t assume that there are only two genders”. The bisexual manifesto is something you will hear me and MANY other bisexuals quote often. For me, it perfectly addresses and sums up the biphobia we faced in 1990 and still face today.

We are tired of being analyzed, defined and represented by people other than ourselves, or worse yet, not considered at all. We are frustrated by the imposed isolation and invisibility that comes from being told or expected to choose either a homosexual or heterosexual identity.

Monosexuality is a heterosexist dictate used to oppress homosexuals and to negate the validity of bisexuality.

Bisexuality is a whole, fluid identity. Do not assume that bisexuality is binary or duogamous in nature: that we have “two” sides or that we must be involved simultaneously with both genders to be fulfilled human beings. In fact, don’t assume that there are only two genders. Do not mistake our fluidity for confusion, irresponsibility, or an inability to commit. Do not equate promiscuity, infidelity, or unsafe sexual behavior with bisexuality. Those are human traits that cross all sexual orientations. Nothing should be assumed about anyone’s sexuality, including your own.

We are angered by those who refuse to accept our existence; our issues; our contributions; our alliances; our voice. It is time for the bisexual voice to be heard.

1990: The oldest bisexuality organisation in the United States, BiNet USA, was founded in 1990. It was originally called the North American Bisexual Network (NAMBN), and had its first meeting at the first National Bisexual Conference in America. BiNet USA is an American national nonprofit bisexual community whose mission is to ‘facilitate the development of a cohesive network of bisexual communities, promote bisexual visibility and collect and distribute educational information regarding bisexuality’.

1998: BiNet hosts the First National Institute on bisexuality and HIV/AIDS. In the same year, Michael Page designed the bi pride flag! Major news baby! He noticed the majority of bi people felt no connection to the rainbow pride flag, and wanted to create a flag with symbols all bi people could rally around. Wendy Curry, the president of BiNet USA: “we wanted to let the larger world know that we were here, we’re proud, and we demanded respect”.

2015: Biphobia was added to the title of International Day Against Homophobia.

2018: The first ever bisexual pride happened in West Hollywood.

2020: Rachel Slawson was the first openly bi woman to compete to be Miss USA. (I wanna cook her breakfast).

View all posts by Cassie Rattray 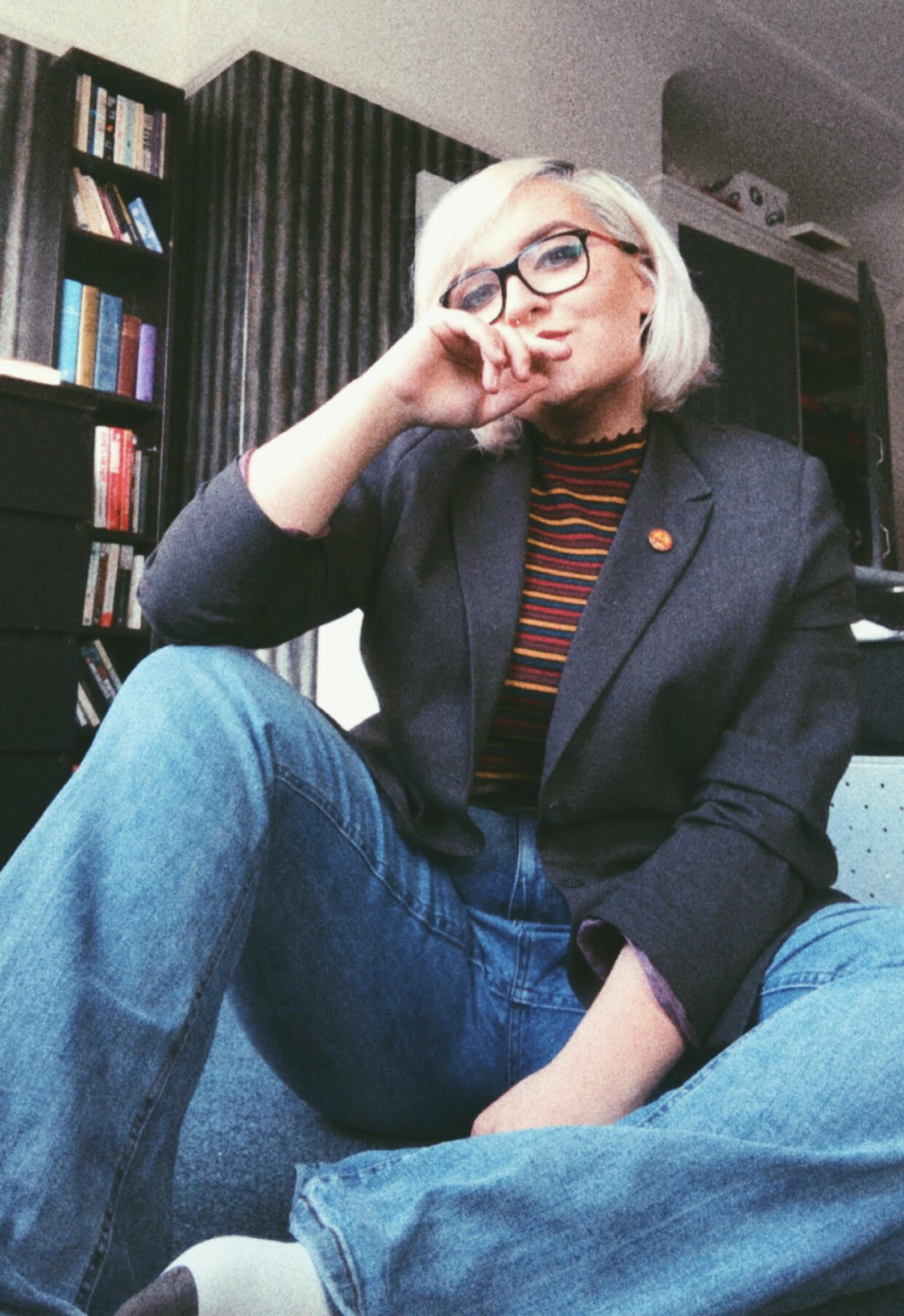 “Openness may not completely disarm prejudice, but it’s a good place to start.”

“I am not free while any woman is unfree, even when her shackles are very different from my own.”